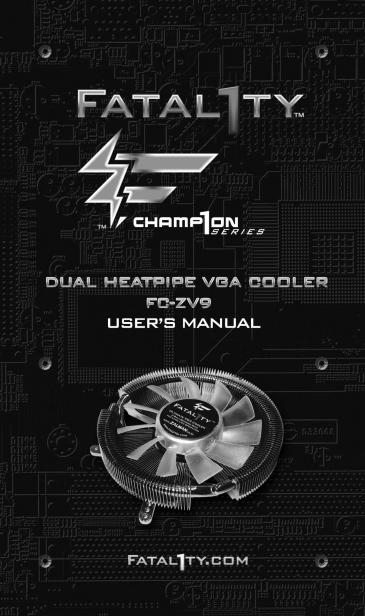 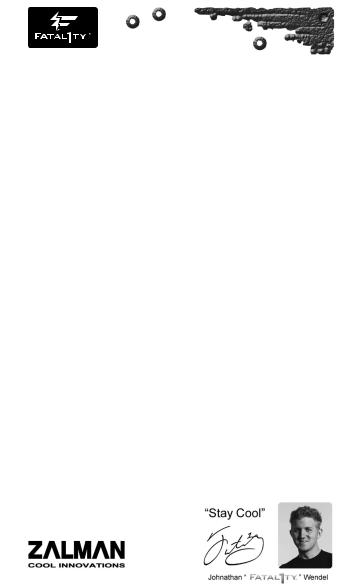 FIRST OF HIS KIND

Wendel is the most accomplished, professional PC Gamer in history name and face of the sport. As the world’s most famous PC in PC gaming wherever he goes and, in the process, has ambassador. Wendel wants PC gaming to be considered a himself an “E-Sportsman”. Like any other professional athlete, he and analyzes his performances by watching videos of himself in

of being the best in the world.

gifted athlete who competed in many sports including tennis, golf and his full time efforts to gaming. He still uses physical training to his natural gifts of quick reflexes and lightning fast hand/eye Wendel also excelled in school, gaining a 3.4 average in 2 years he withdrew as his gaming career took off. Fatal1ty wants to of a well-rounded, articulate, 25 year old in order to change the gamer as a desensitized geek who only spends time in front of a

close to the earnings, titles and media coverage of Fatal1ty. speaks for itself. He presently reigns as the only 5 time World each title in a different game, a feat never before accomplished. gaming in 1999 by entering the CPL (Cyberathlete tournament in Dallas and won $4,000 for placing third. Emerging as in the United States, he then flew to Sweden where he competed in the top 12 players in the world. By winning 18 straight games and place, becoming the number one ranked Quake III player in the he followed that success in Dallas by successfully defending his Quake III player and winning the $40,000 grand prize. Since then the globe to compete against the best in the world, winning prizes the 2005 CPL World Tour Championship in New York City for a

began to realize success he has preached a doctrine of “giving back his business partners to do the same as part of their overall in a positive light. As part of this quest he has organized events

a great deal of money and prizes, including an exhibition held at The a prize of $125,000 to selected challengers who could beat him. has been built between him and his business partners, combined own branded products, provides the capital and human resources

types of attention getting promotions.

1.By installing this product on a VGA (Video Graphics Array) card, a PCI slot adjacent to the PCIe (or AGP) slot will become unusable.

2.If this product will be installed on a recently released VGA card, please check for compatibility at Zalman’s website first.

5.The use of an exhaust fan positioned on the rear side of the case is recommended for enhancement of product performance.

Zalman Tech Co., Ltd. is not responsible for any damages due to external causes, including but not limited to, improper use, problems with electrical power, accident, neglect, alteration, repair, improper installation, or improper testing.

fan cools not only the VGA chipset and VGA RAM, but all other VGA components. -weight design prevents physical stress on the graphic card.