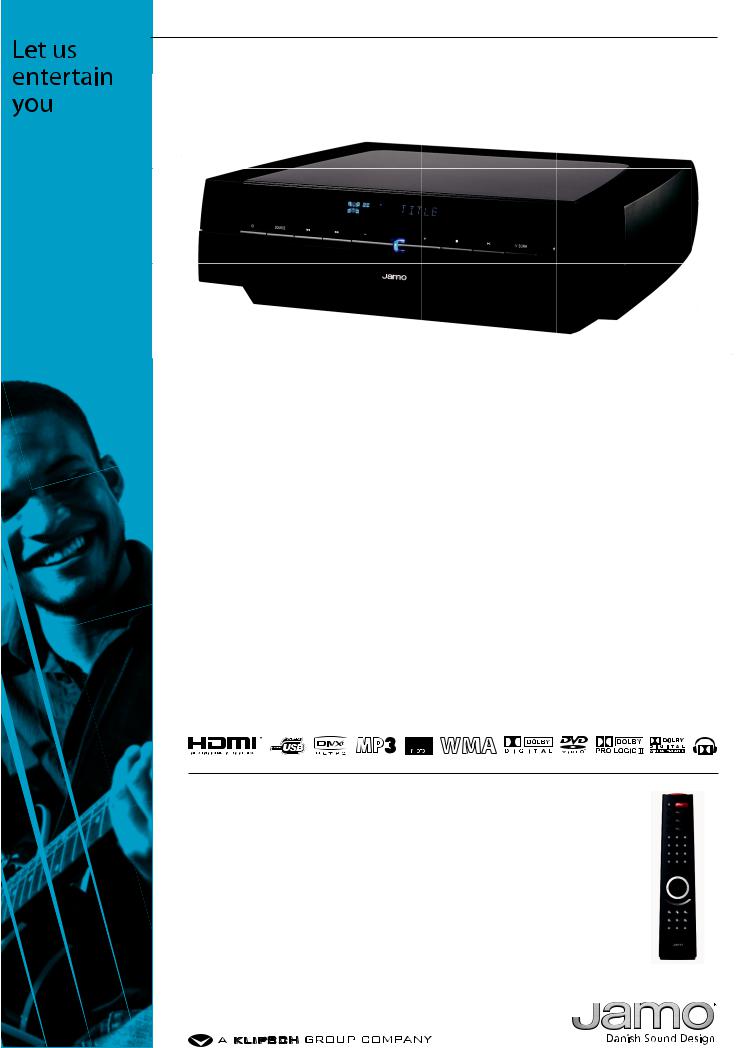 Capable of pulling dynamic music and movie entertainment from a variety of sources, including DVDs, CDs, MP3,WMA, MPEG-4, DivX Ultra and Xvid this compact 2.1-channel virtual surround receiver delivers 75 watts of power to each speaker and is equipped with an LFE (low frequency effects) output for the enclosed subwoofer, and for efﬁciency’s sake, the DMR 45 has a standby power mode consumption of less than a watt when not in use.

DVD users also get the full array of 5.1-channel processing with Dolby Digital as well as video up scaling up to 720p/1080i video resolution, enhancing standard DVD-quality on modern ﬂat-screen TV’s. A HDMI (High Deﬁnition Multimedia Interface) output passes digital signals to a TV or projector, while component video and S-video outputs also feed to the TV.

With Dolby headphone decoding you can enjoy a movie, with astounding surround result with only a set of headphone.